Goal setting… it pays to be more than just SMART

We are told it’s ‘important’ to set goals, to have something to ‘work towards’, we’re even encouraged to begin a new year with a wish list of goals we are seeking for the year forward.

For many years the `SMART’ model of goal setting was popular, that is, that goals should be Specific, Measurable, Attainable, Realistic and Timed. This approach has remained popular but lacks the instructive quality of more innovative and cutting edge approaches.

NLP is essentially a model for replicating excellence via neurology, language and programs (habits & patterns), and has proved to be a useful tool for reworking goal setting into a more exact approach.

In NLP terminology, a goal is best named/viewed as an outcome and specifically, following a pattern of excellence, an outcome needs to be well formed.

So, a ‘well formed outcome’ – or better still a ‘well formed high quality outcome’ – using the technology and methodologies of NLP is a more succinct and exact approach for achieving what might be formerly considered a ‘goal’ or ‘goal setting’. It transforms the vagueness of ‘setting a goal’ to an action plan which compels the individual to move toward their desired outcome.

If an outcome really matters to you and you are completely committed to achieving it, then it’s important to employ an optimal approach to achieving such.

Where NLP differs in the field of outcome setting (goal setting) can literally be the difference that makes the difference and considers some of the following:

These steps form a larger picture that evolves into an eloquent methodology designed to optimise, and in some cases guarantee the achievement of an outcome. Not all outcomes will pass the criteria of the NLP well formed outcome process and this is exactly the feedback that the individual may need to refine their process.

If you are curious about achieving better outcomes at work, home or generally in life then you may benefit from some NLP based coaching/therapy. Qualified coaches and therapists at Talking Minds may be able to assist you. 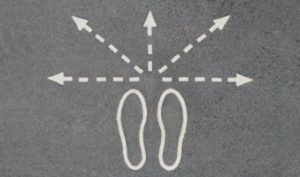 Good Therapist: How to choose one